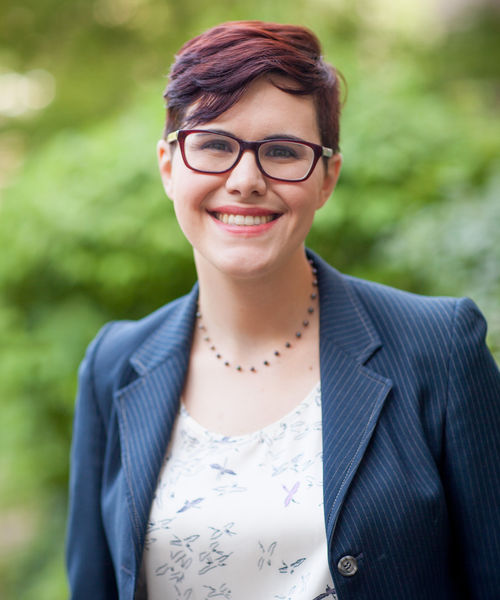 Julaine Zenk officially became a "double Domer" in 2020, after adding a Ph.D. with a concentration of cognitive psychology to her degrees from the University of Notre Dame. (Her doctoral dissertation focused on moral decision-making in remote warfare.) She completed a postdoc appointment with the Graduate Student Life office through the College of Arts & Letters 5+1 program. During her time at Notre Dame as a graduate student, she worked with the office of Grad Life for four years on Graduate Orientation and was an active member of AWIS as the psychology representative. She also was a fellow of the EL-STEM, now LASER, program which focuses on ethical leadership in academia.

Julaine is from the Michiana area, after spending most of her life as an Air Force brat living in multiple European countries as well as various states in the US. She is a proud band nerd and participated in the Notre Dame marching band throughout her career as a student; she played the piccolo for seven years and even had a stint as an Irish Guard.