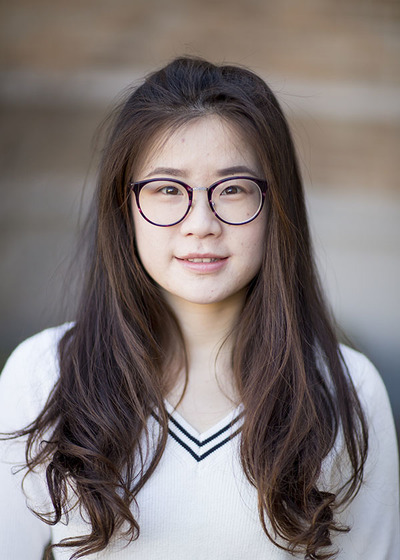 A native of China, Junchi Lu is a doctoral student in the Department of Electrical Engineering. Her research focuses on novel optoelectronic devices based on semiconductor design, fabrication, and characterization.

While pursuing her Ph.D. at Notre Dame, Junchi has been elected to Sigma Xi and won the SPIE Optics and Photonics Scholarship. She worked with the Office of Grants and Fellowships to produce the applications for both achievements. Specifically, she attended workshops designed for engineering students, and worked diligently with Samantha Lee and Mike McConnell to craft application packages, receiving edits on her essays and CV at least three times during the process.

Junchi notes that the application process developed her ability to articulate the importance of her research and adapt her style for multiple audiences. "I know my audience better," she said. "I get better at presenting myself and my work to different audiences during the [grant-writing] process. You should have a good hook and nice flow to tell your story to gain support."

Junchi also found herself growing even more passionate about her research than she originally thought as she developed her story in the grant-writing process.

"As an international engineering student, I'm used to writing with scientific tones better than narratives," she said. "The Office of Grants and Fellowships has professional directors and consultants that helped me with the process multiple times. I'm so appreciative to have their support."

After her studies at Notre Dame, Junchi hopes to pursue a researcher career and eventually found a start-up company producing novel optoeletronic devices.