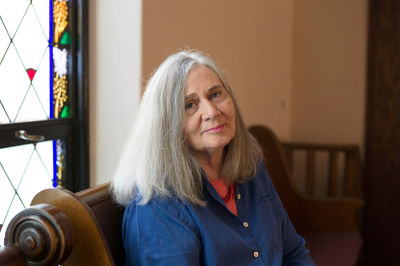 University of Notre Dame President Rev. John I. Jenkins, C.S.C., has announced the theme of the 2018-19 Notre Dame Forum, “The Catholic Artistic Heritage: Bringing Forth Treasures New and Old,” and invited the Notre Dame community to engage in a year-long dialogue and series of events related to this theme.

“Catholicism, with its sacramental vision, has a long, rich heritage of inspiring and sponsoring artistic creations to express, explore and deepen religious faith,” said Father Jenkins. “This tradition continues today in artists of various Christian traditions who create works that invite audiences to explore and deepen faith. Moreover, there are artists who are not Catholic or even believers who find inspiration in, and develop themes inspired by, this Catholic and Christian tradition of art — themes such as love, sin, sacrifice, atonement and redemption.”

To kick off this year’s ND Forum, Marilynne Robinson, a Pulitzer Prize-winning novelist and champion of the integral relationship between faith and art, will deliver a keynote address at 7 p.m. Sept. 19 (Wednesday) in the Dahnke Ballroom of the Duncan Student Center. This event will be free and open to the public.

Robinson is the F. Wendell Miller Professor Emeritus of English and Creative Writing at the Iowa Writers’ Workshop at the University of Iowa. A native of Sandpoint, Idaho, she graduated from Brown University in 1966 and earned her doctoral degree from the University of Washington in 1977. In 1980, her first novel, “Housekeeping,” received the PEN/Hemingway Award for best first novel and a nomination for the Pulitzer Prize.

Robinson’s most famous novel, “Gilead,” received the 2005 Pulitzer Prize for Fiction and the National Book Critics Circle Award for Fiction in 2004. Her novel “Home” won the 2008 Los Angeles Times Book Prize, and “Lila,” Robinson’s third installment in the “Gilead” trilogy, won the National Book Critics Circle Award in 2014. In 2012, Robinson received a National Humanities Medal from President Barack Obama, who praised “her grace and intelligence in writing.” Notre Dame recognized her achievements in 2013 with an honorary doctorate.

Since its establishment in 2005, the Notre Dame Forum has featured major talks by leading authorities on issues of importance to the University, the nation and the larger world, including the challenges and opportunities of globalization, the role of presidential debates, immigration, sustainability and the place of faith in a pluralistic society.