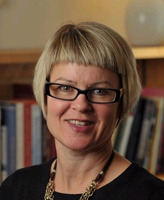 There is growing recognition in academia that “screen literacy” is a valuable asset for many scholars—especially those who teach language and literature.

To help develop this skill set, the University of Notre Dame’s Department of Film, Television, and Theatre (FTT) has created a new graduate minor in screen cultures.

Open to students in any Notre Dame graduate program, the minor offers participants a background in theory, methods for approaching film study, and ideas about how to integrate film, television, and new media into their teaching and scholarship.

FTT Professor Pamela Robertson Wojcik suggested the idea after a similar minor was implemented in the Gender Studies Program she directs in the College of Arts and Letters.

While the screen cultures minor is most likely to attract “someone specializing in language or literature who would want to offer a course on cinema,” Wojcik says, “it can also give our students more credibility when they go out and want to teach film to theology or history students, for example.”

One of the first eight students to enroll in the new minor last fall was Sara Troyani, a University Presidential Fellow in the Humanities. 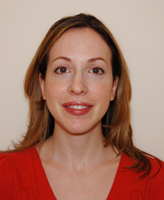 “As an aspiring Italian studies professor, screen literacy is an essential component of my discipline,” says Troyani, whose research has included work by Martin Scorsese and construction of Italian-American identity in MTV’s Jersey Shore. “Film and television have been central to the formation of modern Italian and Italian-American identities.”

To earn the graduate minor, students first take a course called Methods and Issues in Screen Cultures, followed by two electives on topics such as Hitchcock, Shakespeare, Greek cinema, or How to Teach Film across the Humanities.

Students must also serve as a teaching assistant in the undergraduate course Basics of Film and Television, where they present at least one of the large lectures, do tutorials with students, and receive feedback from the FTT faculty who observe and mentor them.

Finally, students minoring in screen cultures must incorporate film or media into the dissertations they do in their home disciplines or write a substantial research paper on a film or media topic intended for publication in a scholarly journal.

“Completing the minor helps students in terms of their ability to do cross-media work and can give them a leg up on the job market,” says Wojcik.

Troyani agrees. “The screen cultures minor offered me a unique opportunity to combine courses from my specific subject area with general classes in film theory and pedagogy; together, they have helped me develop the critical tools necessary to engage with visual media as a scholar and teacher.”

[Story courtesy of the Film, Television and Theatre website.]