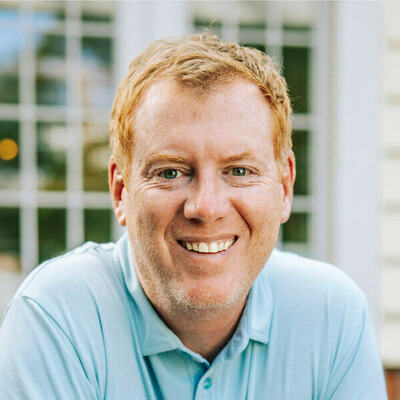 “It's difficult to overstate the impact that the Notre Dame creative writing program had on my life. I entered the program at age 22, terrified, hoping I could somehow hold my own in workshop. I left with a stack of papers that got me an agent that got me a book deal that became a movie and more books, because Notre Dame gave me the time and community and just enough confidence to chase what I'd been otherwise convinced was an unreasonable life. My mentors at Notre Dame showed me what I did well, but more importantly, they taught me my shortcomings, and that awareness has guided just about every sentence I've written since.”

Tom Coyne's ('99) latest book A Course Called America was released by Simon & Schuster in May and had a brief life on the New York Times nonfiction bestseller list. John Paul Newport of The Wall Street Journal calls A Course Called America a "heartfelt, rollicking ode to golf [...] Coyne describes playing golf in every state of the union, including Alaska: 295 courses, 5,182 holes, 1.7 million total yards. Along the way, he dives deep into the essence of the game—its joys, its agonies and addictions, its hold on golfers’ souls. But most of what you’ll remember after putting the book down are the people he encounters, in all their great American diversity and passion.” Kirkus Reviews describes A Course Called America as "oozing with rich golf history and lore [...] a delightful, entertaining book that even nongolfers can enjoy." Publishers Weekly calls it "an entertaining blend of travelogue, memoir, and sports writing."

Coyne left his teaching post at St. Joseph's University to take a position as Senior Editor at The Golfer's Journal, and last August he hosted poet laureate Billy Collins on a trip across Ireland for an upcoming travel documentary. Follow him on Twitter: @coynewriter

Originally published by Paul Cunningham at english.nd.edu on October 25, 2022.