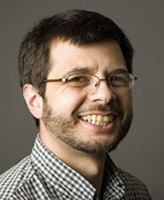 William Carbonaro, associate professor in the Department of Sociology, has been named the 2011 “Notre Dame DGS of the Year.” The award honors the director of graduate studies deemed to have had the most significant impact on a University graduate program.

“While I am certain that there are many very good directors of graduate study on campus, I cannot imagine that there is one who is more competent, conscientious, and forward-looking than Bill Carbonaro,” says Rory McVeigh, professor and chair of the Department of Sociology.

“Although competition for the award was very stiff,” Sterling says, “Bill has had a greater impact on his program than any other current director of graduate studies. He has reworked the program from the ground up. He has changed most of the key elements of the program and made it far more efficient and effective for students.”

Carbonaro also launched a popular series of “lunch talks,” held six times a semester, featuring topics such as how to make the most out of attendance at an academic conference and how to prepare for the job market—starting in the first year of graduate school.

“Bill’s work has directly improved the program in terms of our recruitment of top students, our retention of outstanding students, students’ skill development, and students’ professional socialization,” McVeigh says.

What’s more, he adds, Carbonaro, who specializes in sociology of education, social stratification, research methods, and statistics, has remained a productive and highly regarded researcher and a popular teacher throughout his tenure as DGS.

“His student course evaluations continue to be among the very best in our department,” McVeigh says.

The Director of Graduate Studies Award will be presented at the 2011 Graduate School Awards Dinner on May 20. 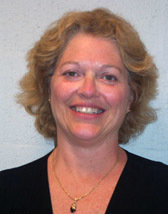 Shari Herman of Physics has been selected to receive the 2011 Graduate Administrative Assistant Award. In making the announcement, Sterling emphasized that, “as with the Director of Graduate Studies award, there were several nominees worthy of the honor; however, the selection panel was impressed with the excellence of Shari’s achievements in all aspects of Physics graduate students’ experience. We learned that Shari is involved in such diverse activities as helping to design and produce a recruiting poster; building a data base for Physics’ 500 Ph.D. alumni/ae; and organizing a Thanksgiving Day celebration for international students to teach them about American culture.”

The chair of Physics, Prof. Mitch Wayne, extols Herman’s contributions as well: “Shari is deeply involved in every aspect of our graduate students’ experience at Notre Dame—from the moment they submit their application to the Graduate School until the day they walk across the stage with their doctoral diploma in hand. We have been working hard, and with success, to both strengthen and grow our graduate program, and Shari has played an important role in our progress.”

Wayne adds that Herman has a special rapport with graduate students in the department. “A wonderful sign of the students’ love and respect for her is seen when they pass an important milestone, such as their candidacy exam. Usually, the first thing a student does after passing is to run down to the department office and share the good news with Shari.”

Sterling echoed the sentiment that Herman’s contributions are exemplary on both personal and programmatic levels.

The Graduate Administrative Assistant Award will be presented at the Graduate School Appreciation Luncheon on Monday, May 23, 12 noon, Gold Room, North Dining Hall.