The highest honor bestowed on Notre Dame graduate students, the The Eli J. and Helen Shaheen Awards were established in 1990 and are named for two long-time benefactors of the University. They recognize the superior academic achievements of a graduating student in each of the four divisions of the Graduate School—Engineering, the Humanities, Science, and the Social Sciences. Nominated by their departments, Shaheen Award winners are chosen for their superior ability as exhibited by grades, research, and publication records, fellowships, and other awards received during the course of study at Notre Dame, as well as teaching ability. 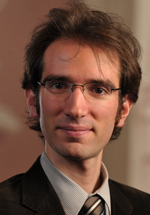 The focus of Berardi Sensale Rodríguez’s research is ultra-high frequency, or terahertz, electronics and their diverse applications. For decades, these very high frequency bands were one of the least exploited regions of the electromagnetic spectrum; yet, Berardi harnessed the unique physical properties of tunable two-dimensional electron gas systems to propose two new families of active terahertz devices—devices that hold the potential for superior performance in the communications and medical fields.

Berardi will assume a tenure-track assistant professor position in fall 2013 at the University of Utah. 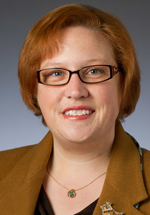 Combining the skills of a literary scholar with those of a historian, Theresa O’Byrne has made original discoveries about late medieval Anglo-Irish literature. Through the lens of Dublin’s best-known late-medieval author, James Yonge, Theresa’s thesis shows how the country’s colonial literary culture and inter-ethnic tensions developed in the centuries following the Anglo-Norman conquest of Ireland. It also explores notions of identity and resistance echoed in modern Ireland’s troubled relationship with England. While researching and writing her thesis, Theresa mastered all five working languages of medieval colonial Ireland: early and late middle English, old French, medieval Latin, and medieval Irish.

The winner of a new faculty fellowship from the American Council of Learned Societies, Theresa will begin her academic career this fall at Rutgers, the State University of New Jersey. 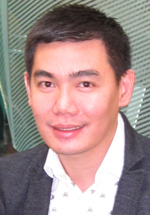 Dissertation: Gelatinase Inhibition as a Therapeutic Approach for Treatment of Diseases of Matrix

Major Gooyit has focused his research skills on illuminating the progression mechanisms of a number of major human diseases— notably stroke, traumatic brain injury, brain tumors, and diabetic wounds—and then followed up by developing therapeutic strategies. His work is on a class of enzymes called gelatinases, which play an important role in the pathology of many diseases. Major worked on small molecules that inhibit gelatinases, with one molecule being shown to rescue as much as 60% of the brain cells destined to die in ischemic mice.

Major has published three first-authored research articles in peer-reviewed journals and has been recognized with multiple awards, including the Baxter Young Investigator Award. He is now a postdoctoral researcher at the Scripps Research Institute. 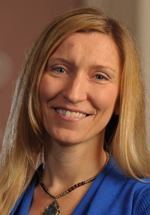 The primary focus of Laura Taylor’s work is children’s psychological development in areas of war, and ethnic conflict and violence—specifically, Colombia, Northern Ireland, and Croatia. Using both large-scale longitudinal studies and fieldwork, Laura examines the risk and resilience processes for young people enmeshed in political and ethnic violence. Her ultimate goals are to promote healing and community reconciliation, create spaces for constructive youth engagement, and to prevent violence in post-conflict areas around the globe.

In fall 2013, she will assume a tenure-track position in the peace and conflict studies program at the University of North Carolina, Greensboro.