The winners of the University of Notre Dame 2010 Eli J. and Helen Shaheen Graduate School Awards were honored at Commencement.

Named for a Notre Dame alumnus and his wife, the award recognizes the top graduating doctoral degree recipients in the humanities, social sciences, science and engineering. Nominated by their departments, the Shaheen Award winners are chosen for their superior ability as exhibited by grades, research, and publication records, fellowships and other awards received during the course of study at Notre Dame, as well as teaching ability.

The 2010 Shaheen Award recipients are: 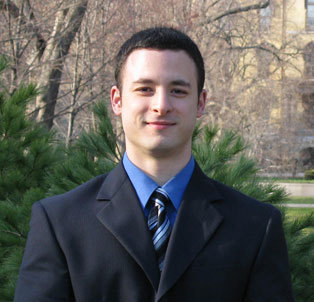 Zachary R. Gagnon is a creative experimentalist and engineer who has invented several technologies involving pathogen detection that can potentially transform the biotech industry. His inventions represent rapid inexpensive microfluidic tools for next-generation portable diagnostics—so that diagnostic testing can be done in the field rather than in an expensive laboratory. Gagnon has one approved Notre Dame patent and several others pending. Ten papers from his thesis work have appeared in top microfluidic journals, with two of this articles appearing as the cover story. Gagnon was offered a tenure-track position at Johns Hopkins University even before he defended his dissertation. He elected to first undertake a two-year postdoctoral position in cell biology at Johns Hopkins, and will assume his assistant professor position in 2011. 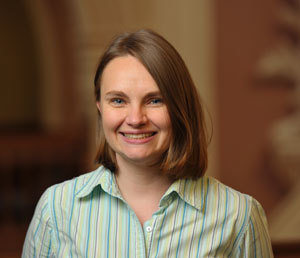 A fluent French speaker, Abigail Louise Palko studies the colonial and postcolonial predicaments of Caribbean and Irish women writers, showing how their fiction wrestles with themes of oppression. She has delivered presentations at 17 national conferences, published one single-authored article in a highly respected journal, and had a second accepted for publication. Remarkably for someone who is still in the earliest stages of her academic career, Palko has been recognized nationally by election to the executive committee of the Modern Language Association’s Celtic Languages and Literatures Discussion Group. She won a predoctoral teaching fellowship this year and last in Notre Dame’s Gender Studies Program, where she earned a minor in gender studies. Having taught four courses of her own design, Palko has excelled as a teacher and academic advisor of undergraduates. She will expand on that role after Commencement as the new director of undergraduate studies in Notre Dame’s Gender Studies Program. 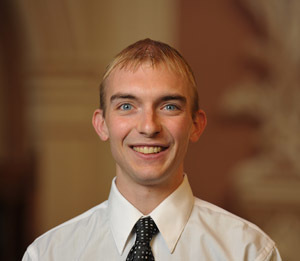 Bennett J. Streit has undertaken pioneering work on a mechanism to convert chlorite, a highly toxic chemical abundant in the environment due to its use as an industrial bleaching agent, into harmless chloride and oxygen. His work has been recognized by a three-year STAR fellowship from the Environmental Protection Agency and was the foundation for two National Institutes of Health grants that brought in over $1.5 million to the University. He has co-authored six papers and received the highest award offered to students by the American Chemical Society: a Young Investigator Award. Next fall, Streit will assume a post-doctoral position in Paris at the French National Atomic Energy Commission. 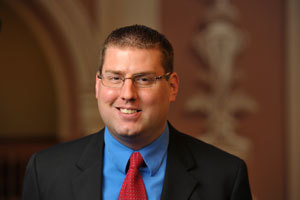 Patrick Flavin’s academic focus is the timely topic of the responsiveness of state governments to the political preferences of their citizens—with findings that state governments systematically under-represent their poorest citizens and over-represent the most wealthy. He has delivered presentations at 14 conferences and published five co-authored articles in peer-reviewed political science journals, with two of those articles appearing in the very top-rated journals in the field. Flavin has taught two courses of his own design at Notre Dame to highly favorable reviews by undergraduates. He declined a prestigious post-doctoral position in favor of accepting a tenure-track position for Fall 2010 at Baylor University.

All four Shaheen winners were honored at a Graduate School Awards Dinner on Friday, May 14, and then recognized as well at the Graduate School Commencement ceremony the following day.

After earning his bachelor’s and law degrees from Notre Dame in 1934 and 1936, Eli Shaheen taught at the University for five years, then served as an officer in the Army during World War II. A community leader in Sturgis, Mich., he was owner and president of the Sutton Tool Company from 1945 to 1986, at which time he sold the company and formed Sturgis Enterprises.

Shaheen, who died in 1993, and his wife, Helen, supported the University in many ways, including four fellowships in the Law School, the Shaheen-Mestrovic Memorial on campus, and the Eli J. and Helen Shaheen Endowment for Architecture.

The Shaheen Graduate School Awards were established by an endowment from their daughters, Christine Broussard and Paula Eide.