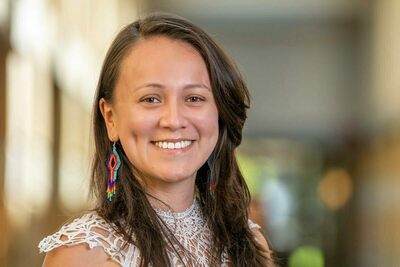 The Alejandro Angel Escobar Prizes are awarded annually to the best academic works in science and solidarity and are considered the highest scientific recognition in Colombia.

La Constitución del Campesinado. Luchas por reconocimiento y redistribución en el campo jurídico, which translates to The Constitution of the Peasantry: Struggles for Recognition and Redistribution in the Legal Field, analyzes Campesino (peasant) mobilization for recognition, redistribution, and parity of participation, and its impacts on the legal field in the Colombian case.

“This award granted by Fundación Alejandro Ángel Escobar not only praises our academic work in this field but also, and more importantly, pays tribute to Campesino movements as knowledge bearers and co-producers” said Güiza-Gómez. “Had these movements not allowed us to accompany them in claims-making before Colombian tribunals and enriched our understanding of Campesino politics, this book would not have come to fruition.”

Güiza-Gómez emphasized the book’s deep connections to grassroots attempts at bringing about peace and development in Colombia despite the high risks involved in social mobilization for radical change in the country.

This book, along with her previous research, has laid the foundation for Güiza-Gómez’s work within the Kroc Institute’s Ph.D. program. Güiza-Gómez’s dissertation investigates the impact of rural-poor mobilization on forging wealth redistribution during civil war political transitions by analyzing the Colombian case for the 1982-1994 and 2012-2024 periods.

“We are thrilled that Isabel has received this level of recognition for the important work she is doing with Campesino movements in Colombia,” said Catherine Bolten, director of doctoral studies and associate professor of anthropology and peace studies at the Kroc Institute. “The award recognizes both Isabel and her co-authors’ diligent work in highlighting the grassroots movements active in post-war Colombia and the campesinos’s own efforts to have land-based knowledge recognized.”
La Constitución del Campesinado. Luchas por reconocimiento y redistribución en el campo jurídico was co-authored by Isabel Güiza-Gómez, Ana Jimena Bautista, Ana María Malagón, and Rodrigo Uprimny.

Originally published by Jena O'Brien at kroc.nd.edu on November 02, 2022.