Dean Sterling said: “At the centerpiece of the restructuring plan is a new associate-dean structure that will divide the major responsibilities of the Graduate School among four experienced administrators. This will allow a focus on each of our areas of emphasis: expanding our recruiting efforts, increasing the efficiency of academic progress and the quality of our training, providing our students with a holistic education that is an intense but rewarding experience, and examining the quality of our academic programs.”

The four associate deans are:

In addition to the announcement of the restructuring of associate deans’ responsibilities, Dean Sterling confirmed two earlier restructuring moves for the Graduate School: 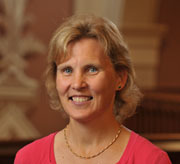 Laura Carlson, the Graduate School’s new associate dean of professional development, joined the Notre Dame faculty in 1994, received tenure in 1999, and was promoted to full professor in 2008. She received her bachelor’s degree from Dartmouth, her master’s degree from Michigan State University, and her doctoral degree from the University of Illinois at Urbana-Champaign.

Carlson’s primary research interest is spatial cognition, an area that explores how we mentally represent the places and objects around us. She has won major grants from the National Institutes of Health and the National Science Foundation, and is author of 30 articles and 14 chapters. She serves as an associate editor of the Journal of Experimental Psychology: Learning, Memory and Cognition, previous associate editor of Memory & Cognition, co-editor of the Oxford University Press volume Functional Features in Language and Space, and is on the editorial boards at Perception & Psychophysics and Visual Cognition. She has received two Kaneb Teaching Awards and the Edmund P. Joyce Award for Excellence in Undergraduate Teaching. 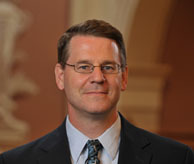 Edward Maginn, professor of chemical and biomolecular engineering and the Graduate School’s new associate dean of academic programs, joined the Notre Dame faculty in 1995, received tenure in 2000, and was promoted to full professor in 2005. He received his bachelor’s degree in chemical engineering from Iowa State University; then, after working in industry for three years, entered the graduate program at the University of California at Berkeley, where he received his doctorate.

Maginn’s research focuses on computational statistical thermodynamics, in which atomistic-level computational methods are developed and utilized to obtain a fundamental understanding of the link between the physical properties of materials and their chemical constitution. Much of his work is devoted to environmental and energy-related applications. He has been principal investigator or co-principal investigator on over 35 externally funded grants totaling approximately $14 million. He holds two patents and is the author or co-author of over 80 peer-reviewed articles and five book chapters. He is currently on the editorial board of the journal Fluid Phase Equilibria. Maginn has won a number of teaching and research awards, including the BP Outstanding Teaching Award for the College of Engineering, two Kaneb Awards, two AIChE student chapter teaching awards, the American Society for Engineering Education New Faculty Award, and the National Science Foundation CAREER Award. 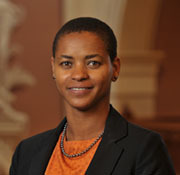 Nyrée McDonald, the new associate dean of graduate recruitment and admissions, received her bachelor’s degree in chemical engineering from Tuskegee University in 1994, and then worked in Alaska for three years—first developing a public education program for local schools and community organizations and subsequently as a well planning engineer on the North Slope. She earned a master’s degree from the University of Alaska Anchorage in 2000 in environmental quality engineering, and her Ph.D. in chemical engineering from Notre Dame in 2006. While a graduate student, she served for five years as a recruiter for the Graduate School—representing the University at recruiting fairs across the country, including fairs focused on students from underrepresented minority populations.

McDonald joined the University of Alaska Anchorage as an assistant professor of civil engineering in 2005. There, her research focused on student development, drinking water, and renewable energy. Her most recent funded grant is one that assessed hydrokinetic energy potential in streams and rivers surrounding select rural Alaska villages. McDonald’s academic record includes authorship or co-authorship of six articles or book chapters, and 19 presentations—both in her field of research and on such topics as mentoring and how to be admitted to graduate school. 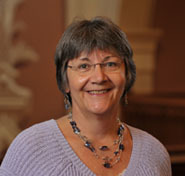 Barbara Turpin has had responsibility for the Graduate School’s academic programs, admissions, and students for the past semester. With the restructuring plan, she will have responsibility for the academic progress of students. Turpin, who joined the Graduate School as an administrator in 1990, received her bachelor’s degree in physics from Emmanuel College, her master’s degree in the history of science from the University of Wisconsin, and her Ph.D. in history from Notre Dame. Before coming to the Graduate School, she was a member of the special professional faculty in the College of Arts and Letters.

Turpin has served on numerous Graduate School and University committees, including the National Research Council Survey oversight committee (chair), the University Committee on Elections, and the executive committee of the special professional faculty (chair 1995-96). While Turpin’s scholarly research and dissertation focused on the evolution of the concept of the electron in 19th-century physics, she has explored many topics related to family in Notre Dame Magazine and Common Sense. For her exemplary work in the Graduate School, she received a Presidential Award in 2007.