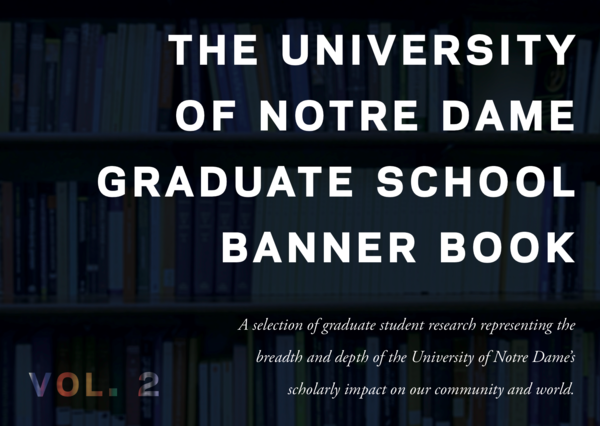 For a second year, the Shamrock Series 5K, a race held in conjunction with other Shamrock Series festivities, will emphasize the dynamism of graduate education at Notre Dame.

With the Series in Boston, Massachusetts, the 5K race course follows the length of the historic Boston Common park. Banners displayed along the course will feature graphic representations of ten students’ research projects, from chemistry to painting, climate modeling to French history. In addition to the banners, a booklet, distributed to registered runners, features research summaries of the ten students’ works.

Event net proceeds from the race will benefit Notre Dame’s graduate student fellowships, which enable graduate students to pursue research and course work in their field of study.

For last year’s Shamrock Series in Indianapolis, the Graduate School highlighted the work of 8 students, across programs and disciplines.

Below are this year’s featured students. 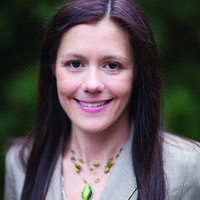 Over a million people live in Rio de Janeiro’s favelas (slums), the majority of which are informally ruled by drug traffickers or militias. Rio has implemented a pacification program that aims to regain state control of certain favelas via policing. Stefanie Israel’s research illuminates the complex social change taking place in these favelas and the vital role of local organizations in improving police-community relations. Stefanie’s research has policy implications for countries that see the pacification program as a possible model for future efforts to quell criminal domination of poor communities. She is committed to the longevity of these programs, leading up to and beyond Rio’s hosting of the 2016 Summer Olympics. 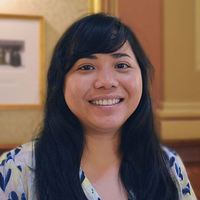 As the world runs out of carbon-based fuels, our pursuit of alternative energy sources takes on greater urgency, drawing our attention toward the clean and virtually unlimited supply of solar power waiting to be harnessed. In her computational chemistry lab, Triet Nguyen has developed a quantum dynamics algorithm to investigate novel chemicals and materials with optimal light-harvesting power. With a deeper understanding of how atoms and molecules behave in the realm of quantum mechanics, Triet can manipulate their properties in ever-larger scales to accelerate the discovery of next-generation solar cell materials. 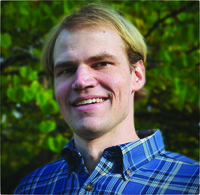 What does a developing storm cell in the Maldives have to do with the weather in central Illinois? More than you might think. Patrick Conry’s research aims to describe atmospheric phenomena, like the Madden-Julian Oscillation, a feature of tropical meteorology that affects 70% of the globe and yet remains mysterious for its unpredictability. In concert with scientists in the Seychelles, Sri Lanka, and Singapore, Patrick is working to improve our predictive capabilities for not only day-to-day weather forecasting but also for modeling long-term climate changes, by understanding the underlying physical processes. 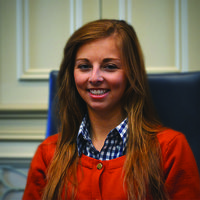 Laparoscopic surgery marries modern technology and surgical innovation, as revolutionary to the 20th century as anesthesia was to the 19th century. Its practice minimizes the need to make large surgical incisions in the body, decreasing potential complications and speeding up post-operative recovery. Abbey Santanello works to develop and commercialize an ergonomic and efficient advancement on the Poole Suction Catheter used in ordinary, open-abdominal operations, for laparoscopic use. As more doctors use laparoscopic techniques, it is fundamental to provide them with state-of-the-art, quality instruments, like the one Abbey is developing, so they can provide the very best care to the patient. 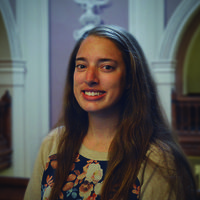 Most of us have a friend, mother, sister, or daughter who has been diagnosed with breast cancer. While a hereditary link has been established, its genetic basis has yet to be characterized. Christina Horr’s research maps the genomes of individuals with breast cancer in order to discover important connections among separate genes. Her research visualizes this genetic network and the undiscovered interactions between genes, which could reveal potentially life-saving patterns. Her advancements in the study and use of genetic network analysis have broader implications for the study of other diseases as well, allowing researchers to use this technique for potential drug targets and therapies. 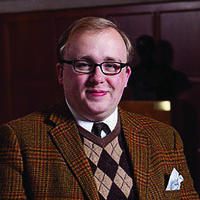 What would it look like if the relationship between religion, medicine and government was collaborative rather than combative? Sean Phillips uncovers this alternative cultural paradigm by studying the history of Roman Catholic clergy in 19th century France, when, in conjunction with public health officials and local bureaucrats, the Church administered the small pox vaccine, eradicating small pox from the country. Sean’s research challenges us to rethink the role of religious institutions in the promotion of public health measures. His research is particularly timely now, when the interface between national health policy and religious institutions continues to be debated within the public sphere. 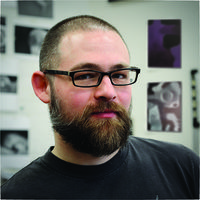 How do we get out of our own heads to perceive the world the way a microbe might, or as a rock? In Lucas Korte’s paintings, he imagines a non-human perspective—a thought experiment on canvas describing processes of decay, subduction, and geochemistry, as told by an alien consciousness. Colliding Cubism, science fiction, environmental philosophy and geology, Lucas envisions ways of seeing matter in order to make it matter more. 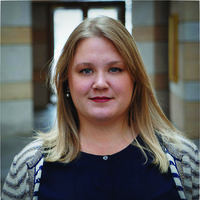 Despite near-universal commitments from around the world to end early child marriage, one in three girls in developing countries marries before they turn 18. Young brides often quit school and quickly become pregnant. Complications during pregnancy and childbirth are currently the leading cause of death for these girls. Emily Maiden’s research investigates the roots of ineffective governmental interventions in Malawi—where over 50% of girls marry before age 18—alongside grassroots mobilization efforts by Malawian girls who successfully campaigned to reform marriage laws. Ultimately, research like Emily’s will help normalize the idea that women’s and youth rights are human rights. 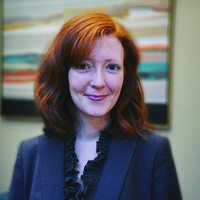 Our love of stories shades our understanding of the pasts they describe, recasting their events in a nostalgic glow for what never was. Jill Wharton investigates Modernist Southern American and Anglo-Irish authors’ shared tendencies to romanticize their regions’ “big houses” on the plantations, and the way such estates came to represent the problems of cultural regeneration after the First World War. Focusing on the novels of William Faulkner, Eudora Welty, Elizabeth Bowen and Molly Keane, Jill finds in these transatlantic fictions new ways of imagining class and democratic structures in the mid-20th century. 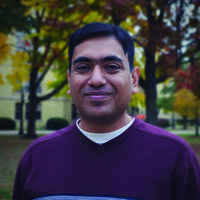 Although we’re unlikely to think of ourselves as similar to worms, flies, and yeasts, just like these creatures we age, a process activated by surprisingly similar biomolecular systems. Fazle E. Faisal’s research in computational biology traces similarities in the biomolecular systems responsible for aging across a range of species and maps them against our human biomolecular system. Identifying which proteins break down in these other species may suggest protective approaches for these proteins in humans, with implications for combating aging-related diseases such as Alzheimer’s and certain cancers.

The Shamrock Series kicks off Thursday evening, Nov. 19, with “The Boston Massacre: Re-imagining the Trial,” an event sponsored by the law school, and culminates with the football game on Saturday, at 7:30 p.m. EST, when the Fighting Irish play against Boston College’s Eagles.