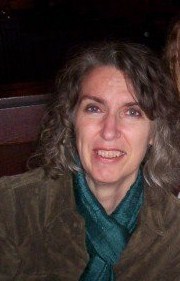 Susan Blackwell Ramsey, MFA Creative Writing 2008, is the winner of the Prairie Schooner Book Prize in Poetry for 2011 for her manuscript, A Mind Like This. She will receive a $3,000 prize and publication of the manuscript by the University of Nebraska Press.

Ramsey, who received her bachelor’s degree from Kalamazoo College, came to Notre Dame with a wealth of life experience. She had worked as a high school teacher, gardener, and horticultural transparencies librarian. Her primary occupation, though, was bookseller. While raising three children, she worked at the Athena Book Shop, an independent bookstore in Kalamazoo, Mich.

Ramsey also wrote poetry—beginning in grade school—with publications in Poetry Northwest, The Indiana Review, and New Voices from the Third Coast: An Anthology of Michigan Poets even before entering Notre Dame. She recalls her first acceptance: “Two poems in The Muse Strikes Back: A Poetic Response by Women to Men. I was showing the letter to strangers on the street.”

Ramsey received an Irving S. Gilmore Emerging Artist Grant in 2002 for her poetry.

When the Athena Book Shop closed in 2006, Ramsey was admitted into Notre Dame’s Creative Writing MFA program—and received the program’s William Mitchell Award in 2008. While a student, her work appeared in Wayne State University’s New Poems from the Third Coast: Contemporary Michigan Poetry. In 2006, she won the Marjorie J. Wilson Award from Margie: The Journal of American Poetry, and David Wagoner chose her “Pickled Heads, St. Petersburg” for the 2009 edition of Best American Poetry.

In addition to her work as a poet, Ramsey teaches spinning, knitting, and creative writing at the Kalamazoo Institute of Arts.

Kalamazoo Decides She Likes Her Name

It’s true she used to cringe when people laughed.
She’d wish she had a normal name, like Springfield
or something sophisticated like Versailles.
But that just gets pronounced Vair-sally’s here
and the way Glen Miller savored her name
letter by letter helped, it really did.
She started to feel special, briefly drew
those O’s as double hearts, then razor-trimmed it
to an edgy “Zoo.” Besides, she knew
old Bronson’d named her for himself, then left,
fed up. The other settlers peeled his name
off her like a dirty blanket, took
the river’s name and wrapped her up in that.
Kalamazoo. She says it slowly, rolls it
on her tongue, over the pebbles in feeder creeks,
the A’s flat as Midwestern prairies, the Z
buzzing in wild lupines, that central L
bobbing back and forth between the A’s
meadowlark on a grass stem, the final oo
waist deep in that long grass, glad
at having tricked your lips into a kiss.

I am the calmest person here tonight.
From my best settee, bare feet in grass,
I watch one-armed Ephriam Bell hose down the roof.
The smell of smoke blends with the scent of roses.

By the time we saw the thin, bright line
wavering in the dark, the fire had spread
from the garret down into the walls.
Fire at a distance sounds like rain.

Half the town is here. The men disguise
excitement with heroics, carrying
tables, flinging clothes from upstairs windows.
Someone else’s shawl is on my shoulders.

Some fires burn themselves out. Caroline’s letters
used to come for him by every post.
One has to choose. Not opening the door
to the attic gave us time to save the books.

Some things can’t be saved. The parlor ceiling
is down, the floor’s a lake, the yard a shambles,
heaps of clothes and books rise everywhere.
Maybe we should just have let it burn.

An attic fire thrives on inattention,
heat breeding in sealed rooms far from routine.
The light of flames through lathe was almost pretty,
the way enthusiasm can seem harmless.

The smell of smoke blends with the scent of roses.
Fire at a distance sounds like rain.
Maybe we should just have let it burn.
Someone else’s shawl is on my shoulders.

Neruda shakes his head at Kalamazoo,
but he’s half-amused. There, in the corner
of Water Street Coffee Joint, in the flat cap,
watching from under heavy lids with eyes
dark as the espresso he hasn’t tasted.
He’s working on a formula equating
a nation’s eros and its taste in coffee.

He isn’t optimistic. Watching the slender,
bundled young order their syrups, soy milk,
(blood of anemic beans, he mutters,) he worries
for them. Such dilute fuel for love with all
those layers of wool, down, fleece to penetrate.
He sighs. Even their pale eyes afford no traction,
strike no sparks. It’s like wrestling water.

But as he shakes his head, he sniffs, looks up.
Cinnamon. A girl at the counter is sprinkling
cinnamon straight into her coffee cup.
The young man at the table to his left
forms a fist under the table. Outside
the gravel is resolving into mud.
Well. Perhaps. He shakes his paper open.