The winners of the 2010 Distinguished Alumnus Award and the James A. Burns, C.S.C. Award were honored at Commencement. 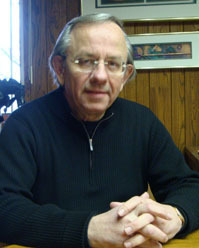 Robert Boguslaski received his Ph.D. in chemistry from Notre Dame in 1966. After a two-year position as a postdoctoral fellow in the Department of Pharmaceutical Chemistry at the University of California Medical Center, San Francisco, he returned to the area and Miles Laboratories, which eventually was absorbed into the Bayer Corporation. Building on his work in California, he developed products that combined elements of immunology, organic chemistry, and analytical chemistry before the term “interdisciplinary research” was in common usage. Boguslaski was a leader in Miles’ drug-assay instrumentation team and rose to the position of Vice President of Research and Development.

Currently, Boguslaski is president of the Serim Research Corporation, which develops, manufactures, and markets test strips based on a patented dry reagent technology. The test strips replace complex and cumbersome multi-step wet chemistry colorimetric assays. Serim’s test strips have a number of uses — a prime one is testing for disinfectants and water quality in thousands of dialysis and surgical centers worldwide. Product sales in these areas have grown to multi-million dollar levels.

Boguslaski is the holder of 25 U.S. patents, the author of more than 65 articles in refereed scientific journals, and the author of Clinical Immunochemistry: Principles of Methods and Applications.

Previous winners of the Graduate School’s Distinguished Alumnus Award include sociologist Saskia Sassen, the writer Michael Collins, and Matthew O’Donnell, dean of engineering at the University of Washington.

Professor Alvin Plantinga, the Rev. John A. O’Brien Chair in Philosophy, is this year’s winner of the James A. Burns, C.S.C. Award, which is given annually to a faculty member for distinction in graduate teaching or other exemplary contribution to graduate education. 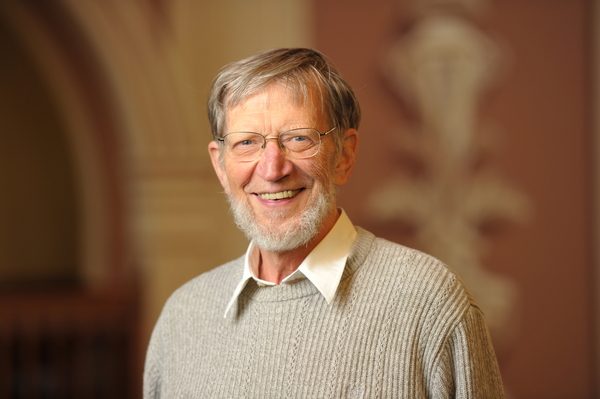 Plantinga received his bachelor’s degree from Calvin College, his master’s from the University of Michigan, and his Ph.D. from Yale University.

Dr. Stephen Dumont, chair of the Department of Philosophy, says that Plantinga “is widely recognized as the world’s foremost philosopher of religion, and, indeed, one of the top philosophers in the world. He is particularly known a leader in a revolution in philosophical theology and philosophy of religion in the latter half of the 20th century—a revolution that saw the concepts and logical tools of analytic philosophy used to explore the traditional questions in those fields with greater care and precision than at any time since the flowering of medieval philosophy. The impact of this revolution on graduate study here at Notre Dame and in the profession at large has been immense.”

Plantinga’s academic honors and awards are numerous—and include election to the American Academy of Arts and Sciences, a Guggenheim Fellowship, three National Endowment for the Humanities Fellowships, nearly 40 named lectureships, and seven honorary degrees. According to Dumont, Plantinga is “the key reason Notre Dame is ranked first in the English-speaking world in the philosophy of religion, and, of course, a key reason many of our very best graduate students come to Notre Dame.”

Dumont adds that Plantinga is well known for his generosity with graduate students. “He has directed 23 doctoral dissertations and influenced countless graduate students. Many of his students over the past 25 years have gone on to become leaders in their fields of philosophy, passing on his legacy through their own teaching and writing.”

The names of past winners of the Burns award are available here.